A Sense of Home

Finding and furnishing an apartment in London when the principal home Long Island New York is a task that Pam has taken in her stride. When her husband Don took a job in London it made sense to have an established base here. In September 2009 Pam came over to view an apartment in Kensington that seemed to match their brief. She had no interest in taking on a place that required a major redesign and finding the kitchen and bathroom already fitted to a high specification was immoderately in its favour. So too was its bright open aspect. But the feature that clinched her decision to take the apartment was surprising. 'It was totally blank with white painted walls' she declares with satisfaction 'and that was exactly what I wanted. And it has good bones. ' she adds 'in fact to feels more like a house than an apartment. ' The sitting room dining room and main bedroom are indeed wonderfully proportioned with high ceilings and she was glad to find shutters fitted to windows and a neutral carpet in most rooms and on the stairs. It allowed the design of principal rooms to be based entirely on the couple's choose and placements of furniture textiles and art in a way that would make the apartment work for them.

All images in this feature (16) 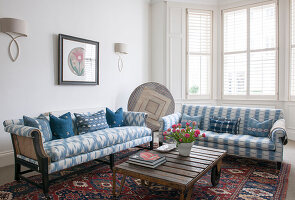 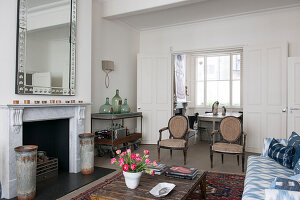 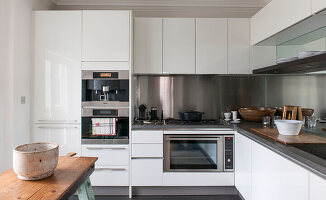 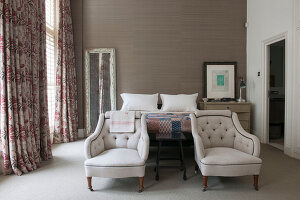 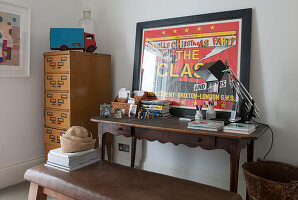